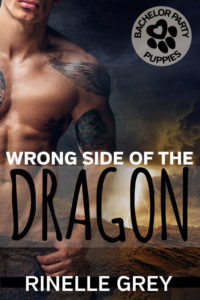 He’s searching for his brother.

When his brother’s phone call is cut off in suspicious circumstances, Nate travels over a thousand miles to find out what’s wrong, only to find that his brother has vanished. His only clue is a mysterious woman who claims his brother shot her. Nate’s determined to find his brother, but can he trust this woman to help, especially when he feels strangely attracted to her.

She’s hunting for the princess.

Dragon warrior Kytrima disgraced herself by leaving her post and losing the princess. Her only hope of redemption lies with the human who looks exactly like the man who shot her. She’ll happily use him to find the princess but that’s all.

But as the two begin to search for their missing people, they discover more and more about each other. Their growing attraction threatens both of them. Will they become allies, or enemies?

Is there any place for love in the middle of a dragon war?