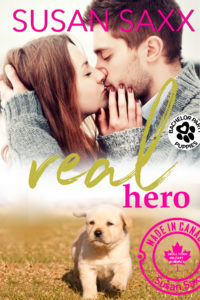 There’s more than one kind of hero…

An ex-Seal and a puppy – both forgotten and alone.

But fate had different ideas. It took a heartless villain, a woman of unusual sight, and a small town that wouldn’t let go….

To show the world that they were both heroes.